The usual rightist history mess has just come from Ted Cruz, invoking the antifederalist Patrick Henry in making a claim on the U.S. Constitution. [If you’ve seen my Twitter rant on this, you’ve basically seen this.] I prefer to believe Cruz is more disingenuous than ignorant: as I suspect of Grover Norquist too, Cruz may know full well that he’s fighting a rear-guard battle on behalf not of the Constitution but of antifederalism.

Patrick Henry is one of Cruz’s avatars of liberty, no doubt because of the “or death” speech. And yet Patrick Henry fought tooth and nail to demolish the Constitution that Cruz says we need to “reclaim.” Henry was open about his disdain for the Constitution. He refused to show up at the Constitutional convention and tried his best to prevent ratification.

That’s because Henry understood how the Constitution works. Provisions like the “necessary and proper” and “interstate commerce” clauses, he complained, give the federal government virtually unlimited power over the states.

Where “constitutional conservatives” like Cruz claim that those clauses have been unconstitutionally stretched, Henry knew better. Overwhelming federal power is constitutional, Henry said. That’s what the Constitution does. That’s why he hated it. And  while some today think of the amendment process as getting rid of federal overreaching and re-empowering the states, Henry thought that process was a joke.

So imagine Henry’s fury when Madison and Jefferson, having tried in the late 1780’s to soothe all fears of excessive federal dominance, decided they didn’t like what Washington, Hamilton, Adams, et al, had been doing, and started claiming in the 1790’s that the states could constitutionally nullify federal law. No, Henry reminded them: states can’t do that. That’s the whole problem, fools. That’s why I told you not to promote and ratify this thing. You can’t get out of it now. Suck it up.

With more or less his dying breath, the old antifederalist Patrick Henry (at Washington’s behest) rose from his bed to condemn Madison’s novel states-rights theory. His final speech is far better documented than the “or death” speech of the 1770’s. You blew it, Henry told Madison and others. Now that the Constitution he’d warned them against was ratified, it was law.

Or: Unlike “constitutional conservatives” today, Henry a) knew what the Constitution said, b) hated it openly, c) supported it as law. Henry is one of my favorite founders, not because I agree with him about the lost sanctity of Virginia sovereignty, etc. — he was another slave-driving, high-Whig squire, with no use for democracy — but because as such, he was almost alone among the famous founders in being intellectually honest. He stood on his principle even to the point of honoring a Constitution he hated. With the exception of John Dickinson — also on “the wrong side of history” — Henry is literally, I think, the only founder who shows that kind of consistency.

I don’t think that’s what Cruz is saying about him, though. 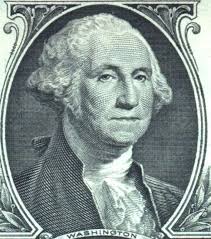 In fact the Norquist crowd would get little support from the real George Washington. The first president did not, putting it mildly, hope to diminish the size and scope of central government. He loved federal taxes. And he was a big fan of national debt. END_OF_DOCUMENT_TOKEN_TO_BE_REPLACED